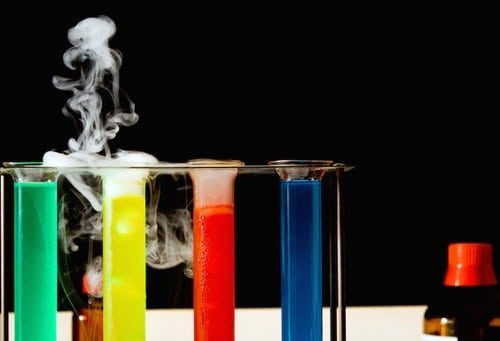 Understanding the Chemistry of Hangovers

Too much fun with alcohol almost always leads to terrible discomfort the following day in the form of a “hangover.” With the nausea, weakness, headache and other pervasive hangover symptoms affecting you physically and mentally, it can be almost impossible to function

Too much fun with alcohol almost always leads to terrible discomfort the following day in the form of a “hangover.” With the nausea, weakness, headache and other pervasive hangover symptoms affecting you physically and mentally, it can be almost impossible to function.But why does this occur? Although many people mistakenly label dehydration as the primary cause of hangover symptoms, the phenomenon is actually much more complicated.

WHAT HAPPENS TO THE BODY WHEN YOU DRINK ALCOHOL?

When you drink alcoholic beverages, you are essentially consuming diluted ethanol. This compound can penetrate the membrane of any cell, allowing it to influence every organ in your body. Symptoms of intoxication develop quickly and may include reduced inhibitions, poor coordination, euphoria, speech issues and more. The body is able to metabolize the ethanol consumed completely within approximately eight hours. Unfortunately, the effects of alcohol consumption don’t end even when the metabolism is complete.

THE EFFECTS OF DEHYDRATION

Some of the symptoms commonly experienced during a typical hangover can be attributed to dehydration. Alcohol acts as a diuretic, which means that it encourages the body to expel more water and sodium than normal. This can lead to various symptoms often experienced after a night of drinking, including headache and dry mouth. The loss of sodium and water during and after alcohol consumption may also lead to an electrolyte imbalance, which causes additional symptoms for the sufferer, such as dizziness and lightheadedness.

Dehydration related to alcohol consumption cannot be blamed for all of the symptoms of a hangover. Research has shown that other factors, including oxidative stress, also play a role in this condition. According to the National Institute on Alcohol Abuse and Alcoholism, the consumption of alcohol promotes the generation of reactive oxygen species within the body, which are small molecules that contain oxygen. Research has shown that these molecules can damage DNA, proteins and fats. Consuming alcohol also weakens the body’s normal defenses against reactive oxygen species, thus compounding the damage even further. This leads to a phenomenon known as “oxidative stress.”

ALCOHOL AND THE IMMUNE SYSTEM

Another possible contributing factor for hangover symptoms is the effect of alcohol on the immune system. Smithsonian reports that hangover symptoms are strongly correlated with the buildup of cytokines in the blood. These molecules are known to produce an inflammatory response within the body, which may lead to nausea, headache, fatigue, muscle aches and other cardinal hangover symptoms.

Obviously, the easiest way to prevent a hangover is to avoid consuming alcohol at all costs. However, if you are going to consume alcoholic beverages, you may still be able to reduce the symptoms of hangover by addressing each of the contributing factors above. To combat dehydration after a night of drinking, make sure you are taking in plenty of non-alcoholic liquids both before and after your consumption of alcohol. To correct electrolyte imbalances, consume beverages that contain these substances, such as Gatorade or Pedialyte. To combat oxidative stress, consider consuming antioxidant-rich foods or supplements before and after drinking. Finally, to prevent or reduce symptoms associated with your body’s inflammatory response to alcohol consumption, take a nonsteroidal anti-inflammatory drug, such as aspirin or ibuprofen.