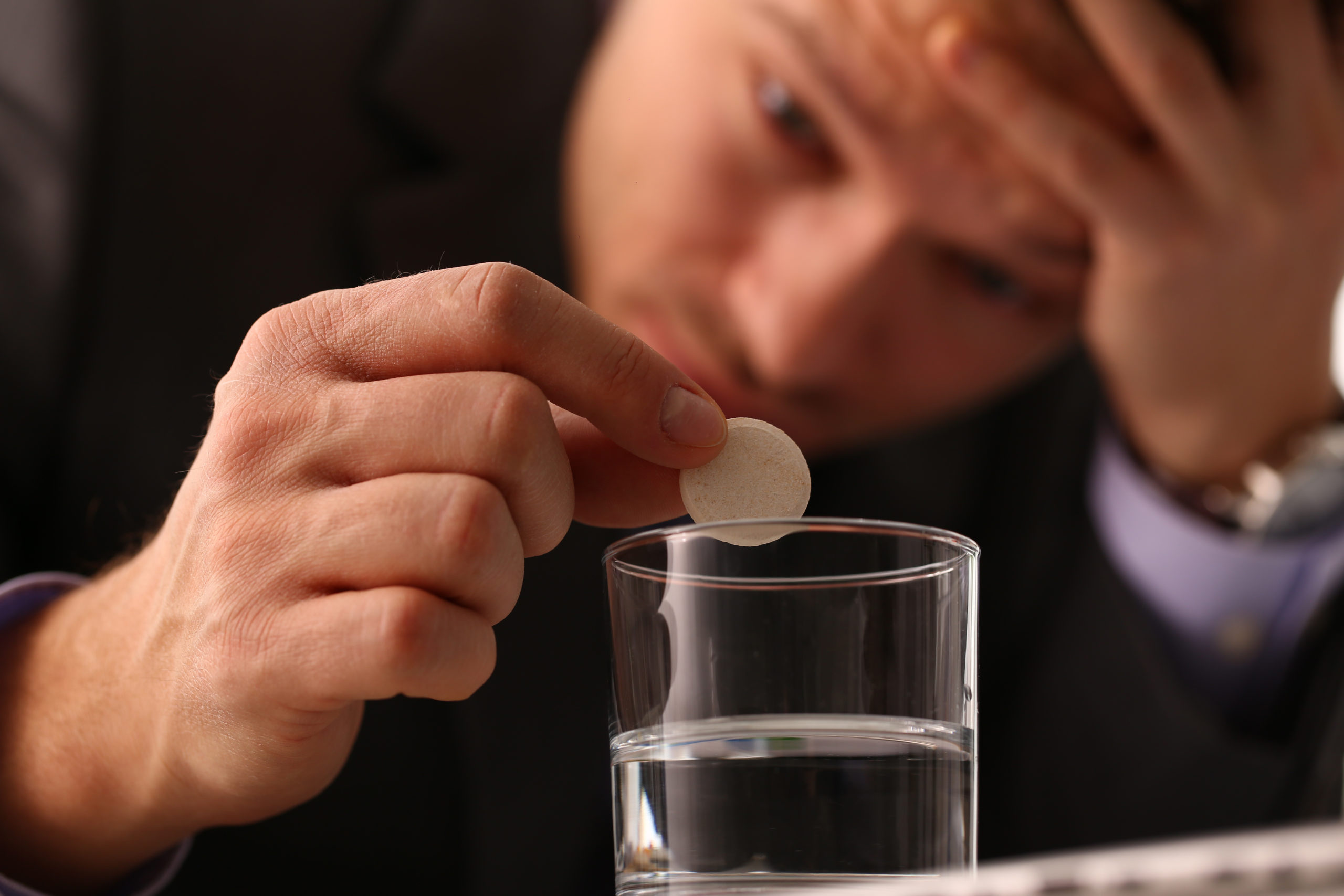 Over The Counter Hangover Cures You’ve seen them in convenience stores, liquor stores, and maybe even your local pharmacy – prepackaged OTC hangover cures. They might come in the form of energy drinks, patches, powders, or even something more unusual. Will a patch or energy drink really get rid of the massive headache, fatigue, and […]

Over The Counter Hangover Cures

You’ve seen them in convenience stores, liquor stores, and maybe even your local pharmacy – prepackaged OTC hangover cures. They might come in the form of energy drinks, patches, powders, or even something more unusual. Will a patch or energy drink really get rid of the massive headache, fatigue, and nausea of a huge hangover? The answer is – maybe.

We know that some of the symptoms of a hangover are primarily caused by dehydration due to alcohol’s diuretic (pee-promoting) effect. But dehydration isn’t just water loss. When you’re dehydrated, you’re We looked at several OTC hangover cures available over the counter to see how they measured up. The first is an anti-hangover patch, BytoxTM – this is applied much like a nicotine patch, is latex-free, contains several B vitamins, some vitamin A vitamins, and “all natural” ingredients like acai berry and green tea extract. Those are certainly important vitamins and the antioxidants in green tea and acai berry are always good to have. Of course, there’s no water in the product, but the website advises users to stay hydrated.

The doses also look good. In fact, BytoxTM contains more than the recommended daily allowances of its provided vitamins. But how much of those vitamins actually make it into your body? The problem is that our skin is not permeable to water. Otherwise, we’d be constantly leaking, even in cold environments. B vitamins are water soluble and cannot readily be absorbed through our skin. So, while transdermal patches might be great for nicotine cravings and hormone therapy, they’re not so good for vitamin replacement.

Here’s a fun hangover “cure” – a Korean, grapefruit-flavored ice cream bar. It turns out that South Koreans are some of the heaviest drinkers in Asia, so it stands to reason they’d want a dependable hangover remedy. But how’s an ice cream bar going to help? Well, it contains a tiny amount of oriental raisin tree juice, a traditional Korean hangover treatment. Does this juice work?

While there are several scientific studies published that affirm the anti-oxidative and anti-inflammatory effects of this raisin juice, it should be noted that all these studies were conducted in Korea, which might be evidence of an experimental bias in favor of a traditional remedy. At any rate, this Geondyo Bar certainly doesn’t replace many electrolytes or much water. The few positive experiences reported on the internet are likely simply placebo effects, or feeling better because you expect to feel better.

Finally, we have Monster Rehab Energy Drink, which is marketed as both a sports recovery drink and a hangover helper. It actually has some interesting ingredients including caffeine, coconut water (an excellent electrolyte source), acai and black tea extracts, amino acids, and various sugars. Surprisingly, though, each can contain only about 6 grams of sugar. These ingredients are certainly enough to start replacing lost electrolytes and the 15.5 ounce can contains enough fluid to help with rehydration.Hangover sufferers report generally good effects, although several have mentioned an initial caffeine buzz followed by a small crash an hour or so later.

Out of all of these products, Monster Rehab is the only OTC hangover cure that’s shown some decent science and good promise. If you’re in Vegas and you want to reliably kill your hangover and feel better fast, your best bet is always expert medical treatment with fluids, electrolytes, and medications received intravenously from the professionals at Hangover Heaven IV Hydration.

There’s no faster route than IV hydration and nothing better than expert care!