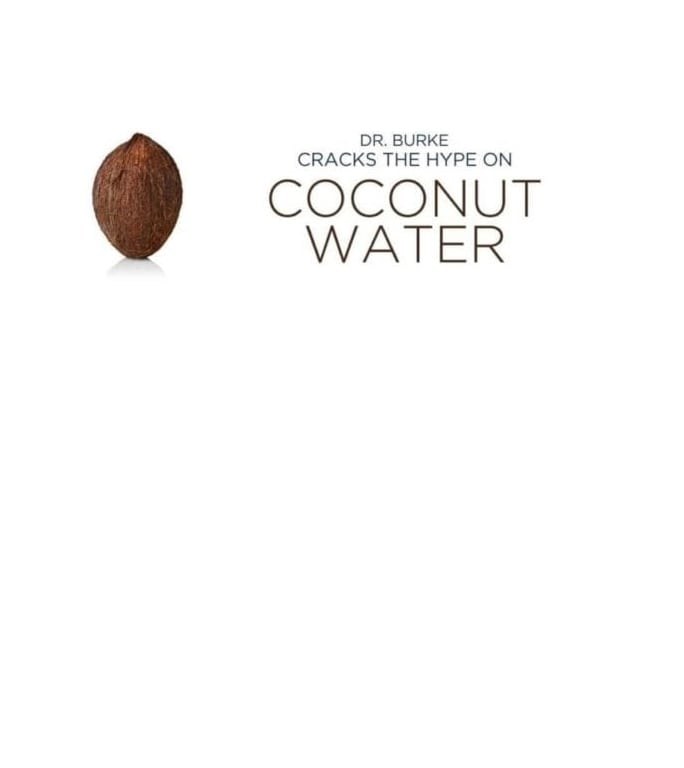 Coconut water and hangovers – coconut water has received quite a bit of buzz in the press for being a great hangover cure.

Coconut water has received quite a bit of buzz in the press for being a great hangover cure. As a person very interested in hangovers, I decided to delve into the subject and see what science is behind it. To begin my examination of coconut water, let’s see what is in it.

Coconut water is what is inside a young coconut. As the coconut matures, the liquid contains a bit more sugar and gets mostly absorbed into the meat of the coconut.Juvenile (also called tender coconut water) contains more anti-oxidants than mature coconut water. In addition, coconut water does contain potassium. It contains about the same amount of potassium as a banana or twice as much as 8 oz of Pedialyte.

After doing quite a bit of searching, I found thousands of claims about coconut water containing large amounts of diverse anti-oxidants. I had a hard time finding out exactly what they were. Finally, I discovered that the main anti-oxidant in coconut water is L-arginine, as well as some phyto-antixoidants, which are antioxidants important to plants.

2. Hit the dance floor! If you are dancing, you take a break from drinking and get your metabolism up.

For not much more than the price of a bottle of coconut water, try the Hangover Support Supplements by Hangover Heaven. They are custom formulated by Dr. Burke. When taken before drinking, they significantly reduce the likelihood of a hangover.