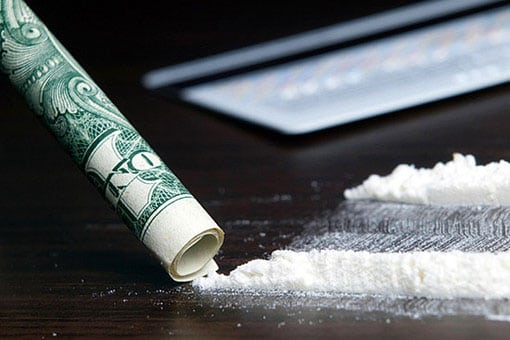 I recently watched the movie “Flight” with Denzel Washington.  It was a very interesting movie, as many clients of Hangover Heaven have remarked that our treatment may reduce nationwide cocaine use.

I recently watched the movie “Flight” with Denzel Washington. It was a very interesting movie, as many clients of Hangover Heaven have remarked that our treatment may reduce nationwide cocaine use. This is due to the fact that many people have used cocaine to treat a hangover the morning after a big night of drinking.

This is exactly what happens during the movie. Denzel is a pilot for a major airline. The problem is that he is an active alcoholic. He gets into a very sketchy situation while flying and has to deal with the aftermath of drinking while flying. He used cocaine the morning of the flight to help him recover from his hangover. It would have been great if he had used an IV to treat his hangover in the movie, as I have heard many pilots talk about getting IV’s or oxygen for hangovers.

Cocaine is a stimulant

People have historically used cocaine to recover from a hangover
This really is not a great plan, as it is a “quick-fix” and you will be even more tired and drained after the cocaine wears off
A better plan is to take vitamins and anti-oxidants before you start drinking to keep you from having a hangover. Read more about our hangover prevention pills here.
Read more below, or click on one of the buttons to learn more about Hangover Heaven
Hangover Heaven Testimonials
Hangover Specialist, Dr. Jason Burke
How the IV Hangover Cure Works
Hangover Prevention Pills
Cocaine is a stimulant. It increases adrenalin levels and also releases substances in your brain that make you feel good. One of the new areas of research in the world of hangovers is finding that some of the alcohol is broken down in your brain and these breakdown products cause problems with the messages that are sent in your brain. This leads to people feeling bad and confused. Many of our clients describe it as a “fog.” Research has been done on this and it has shown that test subjects have just as bad of coordination problems with a hangover as they do when intoxicated. This is why the military will not let their fighter pilots fly for 24 hours since their last drink. The hangover is as bad as the drinking.

We respect your privacy. We do not sell our email lists to anybody. Period.
The problem with using cocaine as the treatment for a hangover is that it just delays the problem. You might feel better for a short time, but you will likely end up feeling worse when the cocaine wears off. Then, it will be time for more cocaine, which can lead to an addiction. Anxiety is also a problem with cocaine, as well as hangovers. I see this all the time, that clients have bad anxiety with their hangovers. It is a significant part of the physiology of hangovers.

The anxiety can lead to using drugs such as Xanax to be able to get to sleep after using cocaine to get going for the day. This “Push-Pull” situation of using a stimulant (Cocaine) to get going in the morning, then a depressant (Xanax or Ambien) to get to sleep can easily lead to drug dependence, or worse situations like what happened to Heath Ledger.

What is the answer? Try and drink responsibly. If you over-did it, try taking some Hangover Heaven supplements before you go to bed. They work even better if you take some before you start drinking. It is much easier to prevent a hangover than to treat it the next morning. If you do not have our supplements, at least try to eat something before you go to sleep, drink some water, and take some Advil, Ibuprofen, or Aleve before you turn out the lights. Also, take a multivitamin before you go to sleep. You will wake up feeling at least somewhat better. If you are in Las Vegas, give us a ring for one of our IV hangover cures, as they help both alcohol hangovers and the anxiety associated with cocaine intake. Try to avoid the cocaine if you can. It usually leads to some kind of crash…..