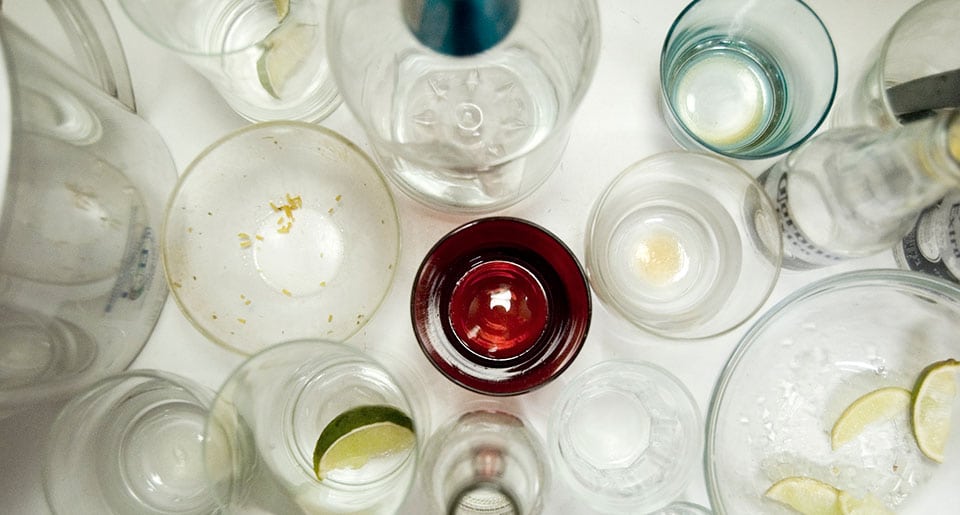 Cheap alcohol and hangovers: how do you get over a hangover? Drink higher quality alcohol! By avoiding cheap alcohol, you will have less of a hangover.

Cheap alcohol and hangovers are a little known hazard of a night out on the town. So, we ask, is your hangover worse after drinking cheap, dark liquor or wine? The answer to this post-party mystery lies in the impurities.

The severity of a hangover depends in part on the type of alcohol consumed. Fermentation – the process through which alcohol is produced – renders congeners of varying concentration. Congeners are impurities that affect the color and impact of alcohol.

During distillation, impurities are removed from alcohol. Highly distilled alcohol, which usually carries a higher price tag, will have fewer impurities and less color. As a result, the greatest amounts of congeners are found in red wine and dark liquors, such as bourbon, brandy, and whiskey. White wine and clear liquors, such as rum, vodka, tequila, and gin, have fewer congeners. Alcohol that has fewer impurities contributes to less severe hangovers.

Typical congeners include methanol, tannins, fusel oils, and furfural. Methanol eventually breaks down into formic acid and formaldehyde, which are two very toxic substances. Tannins are astringent and can cause irritation. Derived from the German word fusel which means bad liquor, fusel oils are poisonous mixtures of amyl alcohols. Furfural is an aldehyde that causes headaches, nausea, and other acute medical conditions.

Higher concentrations of these congeners are found in red wine and darker liquors. For instance, bourbon has almost eight times the quantity of congeners than is found in gin.

One study of two groups of people who drank similar amounts of alcohol found the following:

Since bourbon has a higher concentration of congeners than gin, the study demonstrates the impact alcohol with higher levels of impurities can have on hangovers.

To increase the chance of avoiding a severe hangover, spend a little bit more money on purer and clearer alcohol. Hangover Heaven has also released the Hangover Support Supplements by Hangover Heaven. They are custom formulated by Dr. Burke. When taken before drinking, they significantly reduce the likelihood of a hangover. Why not add a little science to your hangover prevention regimen?

Please remember my hangover tips are only as good as the overall judgment you exercise as a responsible, legal age adult. When drinking in moderation, consume plenty of water to counteract dehydration, eat foods rich in vitamins and nutrients to restore those depleted during alcohol consumption, and sweat out toxins through dancing or other forms of safe, physical activity.

Updated: July 18, 2019 For many Americans, no night out would be complete without playing a...