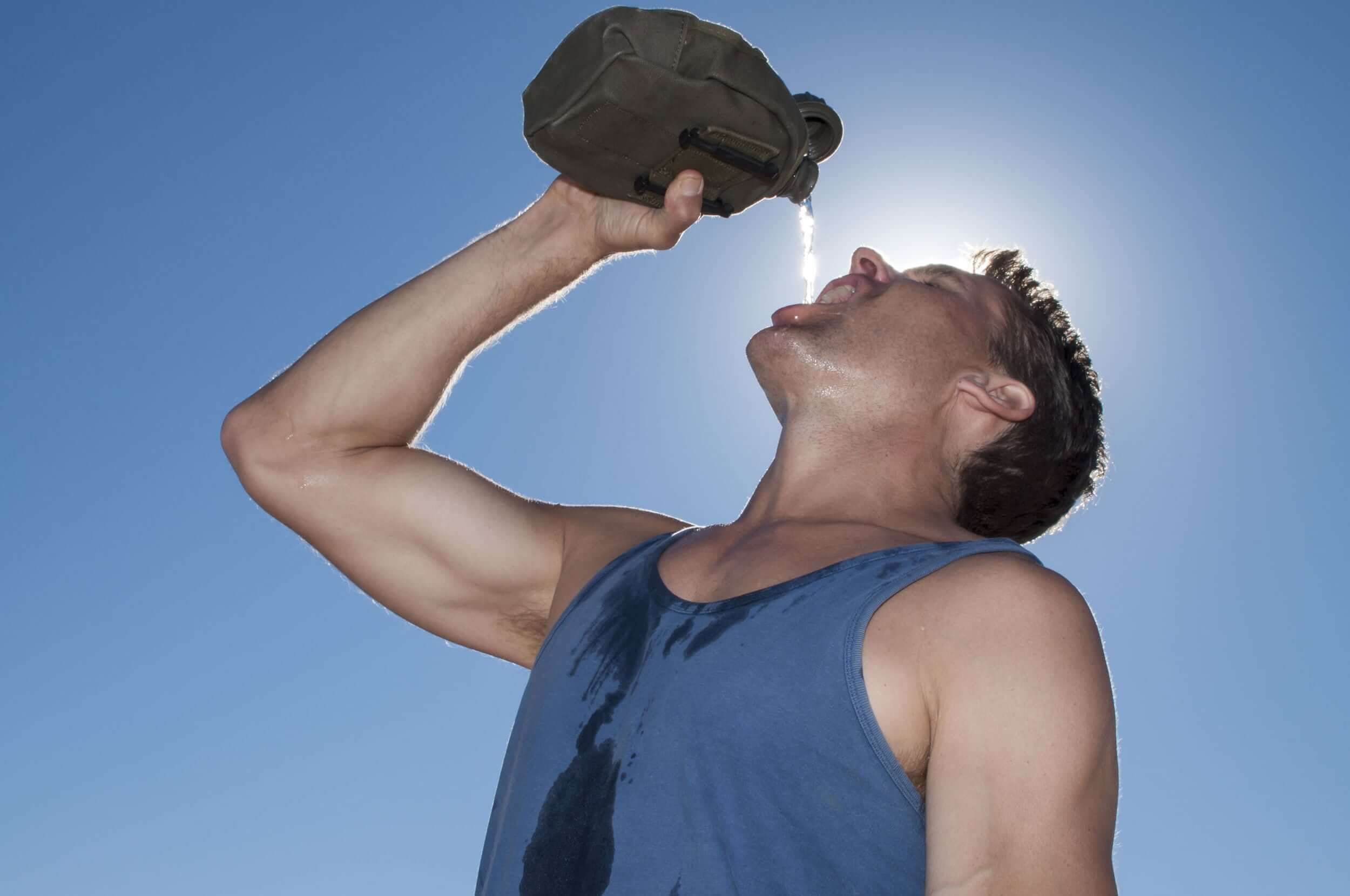 As mentioned in several other Hangover Heaven blog posts, dehydration is one of the major causes of hangovers.  Alcoholic beverages may be refreshing to your taste buds, yet they don’t provide the hydration your body needs and actually leach water from your system.

Dehydration is one of the major contributors to hangover symptoms. Alcoholic beverages may be refreshing to your taste buds, but they don’t provide the hydration your body needs ,and actually leach water from your system.

Anyone who has ever spent a night drinking can tell you that constant pee breaks go hand in hand with alcohol consumption. But what if an alcoholic drink CAN provide hydration? That’s a question being asked lately by everyone from fitness enthusiasts to historians.

The Dehydrating Effect of Alcohol

Almost every alcoholic beverage has water as its primary ingredient. The reason a bottle of wine or a fifth of vodka doesn’t hydrate you is due to alcohol’s functional effect as a diuretic or substance that causes you to pee. Ethanol, the specific name for “drinking” alcohol, suppresses your body’s production of antidiuretic hormone (ADH). This hormone prevents you from literally “pissing away” all your body’s water stores.

So, the water intake you get from the typical alcoholic drink is outweighed by the water you lose due to the alcohol’s diuretic action. Proof of this is pretty easy to demonstrate: Drink three pints of water one night, three pints of beer the next, and see which sends you running to the bathroom faster. So is there a way for the hydration provided by an alcoholic beverage to be greater than that drink’s diuretic effect? Well, since some societies throughout history drank alcoholic beverages as their primary liquid intake, it stands to reason that the answer is yes.

For example, many Middle Age European civilizations didn’t have ready access to clean water. Since fermentation kills most waterborne pathogens, these people largely survived on weak wine and “small beer,” very low alcohol brews. Small beer was often made by diluting stronger ales with water. It was cheaper than regular beer and was even given to children. It contained about 2.5% or less alcohol by volume (ABV). In contrast, modern beers have around 4-5% ABV, with some high-gravity craft beers boasting over double that amount of alcohol.

A Beer after a Workout?

If humans can survive by mostly replacing their water intake with very low-alcohol content beverages, then is it a good idea to hydrate with weak beer after an intense workout? While common sense would say no, it may not be as bad an idea as you think.

Although beer doesn’t contain many electrolytes, which are vital when replacing lost water in our bodies, NPR has reported that a Canadian company has introduced a “post-workout beer.” With added antioxidants and electrolytes, this brew also has an extremely low ABV, just 0.5%. It’s being marketed as a sports hydration drink in the same vein as Gatorade. So with a low enough alcohol content, an alcoholic beverage actually can provide at least some hydration effect. Of course, you’re not going to see this with liquor, even if you do take your scotch on the rocks. The next time you’re lost in the Mojave, it’s still probably a better idea to drink from your water bottle than your whiskey flask.

“Hair of the dog” is also a bad strategy for dealing with a hangover, no matter how weak the beer. Adding more alcohol to your hangover will not help you feel better. Instead, contact us for proven IV hydration therapy or even convenient in-room treatment with the medications you need to feel better fast.