I’m often asked by patients and friends about the latest nutritional craze or health fad, particularly as it relates to hangover prevention or treatment. Surely, you’ve seen some of the latest trends for combatting anxiety, hangovers, or other ailments. Some of these trends have no scientific evidence to support their popularity, but one I can genuinely get behind is the latest trending supplement: turmeric. This spice contains beneficial properties that can really help you weather a hangover. Here’s how.

Other than a spice, Turmeric comes from the root of a native Southeast Asian plant, the Curcuma Longa. This plant is a close cousin of ginger and produces an intensely yellow-orange, mustard-flavored spice when dried and ground. Turmeric is a staple in many Asian dishes such as yellow curry and has traditionally been used to dye the robes of Buddhist monks.

One of the key compounds in turmeric is curcumin. This substance gives turmeric its bright yellow color, but more importantly, curcumin is a natural anti-inflammatory. Since many of the adverse effects of hangovers are due to inflammation, taking curcumin before an evening of drinking can help to lessen those effects the next morning. In other words, curcumin can reduce the intensity of headaches, joint aches, fatigue, and all-around-crappy-feeling.

There is excellent scientific evidence behind curcumin’s natural anti-inflammatory actions. Just one example is a paper published in the journal Inflammopharmacology in 2019, which detailed the multiple inflammatory signaling pathways that curcumin inhibits.

So why not just take an over-the-counter non-steroidal anti-inflammatory drug (NSAID) like ibuprofen or naproxen? For one thing, these drugs have a limited half-life, and their effects start to dissipate after about six hours. That’s no good if you start drinking at 10 pm, but your hangover doesn’t arrive until 6 am. Also, NSAIDs can cause liver damage with long-term or heavy use. This drawback has not been found with curcumin. Finally, curcumin is also a potent antioxidant. Since alcohol consumption can cause oxidative stress that damages your cells, an effective antioxidant is vital during a night of drinking.

Where Can You Find Curcumin?

Turmeric only contains about 3% curcumin by volume, so eating a plate of curry chicken won’t help you prepare to withstand a hangover. Many years of treating hangovers and helping patients avoid and recover from their effects led me to develop our Nightlife Prep Supplement. These capsules contain not only curcumin, but also other natural anti-inflammatories like aloe and Boswellia.

Additionally, my Nightlife Prep Supplement has other antioxidants besides curcumin as well as vitamins. Taking a dose BEFORE drinking will give you the best results and minimize the effects of your hangover the next day.

Even if you never suffered from hangovers in your younger years, you may find that hangovers first appear or increase in severity during your thirties. As you age, your body is less able to fight off the effects of a hangover on its own. Nightlife Prep Supplement can give you the extra help you need.

As the world’s leading hangover doc, I can say with certainty that the best cure for a hangover is intravenous (IV) treatment from Hangover Heaven IV Hydration. But a cure is three-fourths prevention, and Nightlife Prep is the most effective hangover prevention pill available. 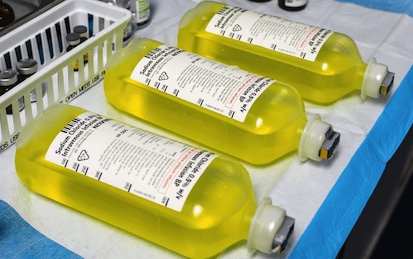