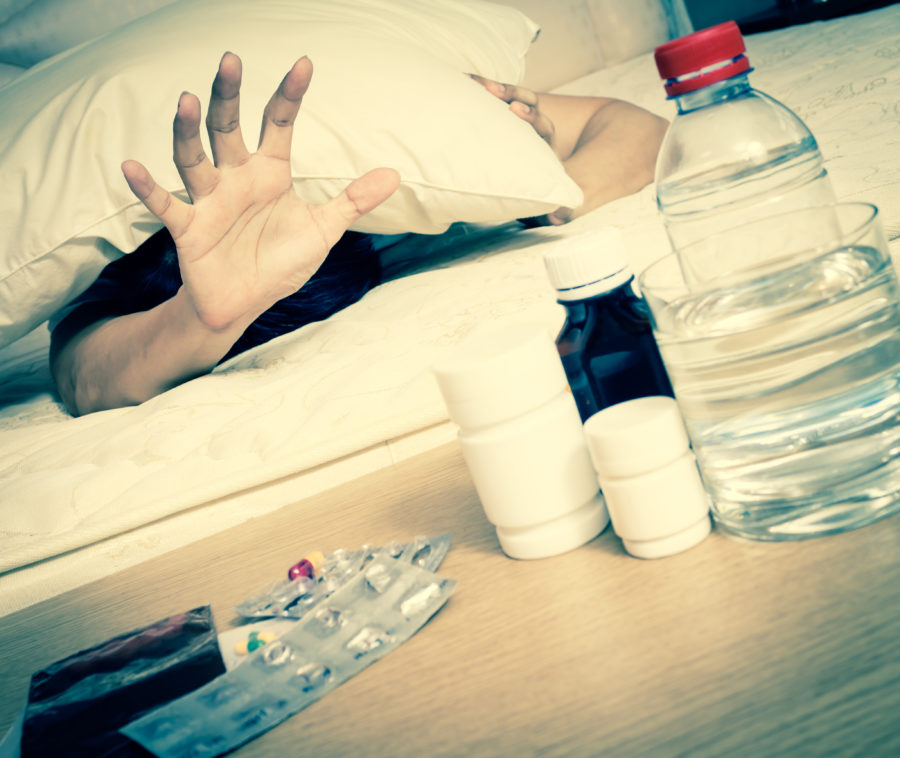 If you’ve spent a night drinking, chances are you’re going to be hungover in the morning – and if you’re hungover, you’re dehydrated.  We’ve mentioned on this blog before how dehydration contributes to hangover symptoms, and you might think the best method to combat your morning hangover is to guzzle water.

If you’ve spent a night drinking, chances are you’re going to be hungover in the morning – and if you’re hungover, you’re dehydrated.We’ve mentioned on this blog before how dehydration contributes to hangover symptoms, and you might think the best method to combat your morning hangover is to guzzle water. But really, the better way to treat hangover dehydration is with an IV hangover cure administered by medical professionals. Here are four very good reasons why:

When you’re parched, you drink water and your thirst is immediately relieved, right? Thirst is actually the result of a complex feedback mechanism in the brain. If you a drink a few bottles of water when you wake up with cotton mouth after a night of drinking, you may feel quenched immediately, but that water isn’t going to do you much good right away. In fact, you’re really just hydrating the tissues of your mouth, tongue, and throat. Water is actually absorbed in the lower gastrointestinal tract, specifically the large intestine. So it can take several hours after drinking water before your body starts to benefit.

Of course, with IV fluids you begin to be hydrated immediately. The fluids go directly into your blood stream, increasing your body’s fluid volume right away. In short, this means you feel better, faster.

When drinking water, scientific studies have shown that it can take up to 2 hours to completely absorb 500ml of water.  Furthermore, your body can only absorb about one liter of water an hour from your GI tract.  So, if you are 3 or 4 liters dehydrated (which can easily happen during a hard night of drinking and possible vomiting,) it can take 6 to 7 hours to rehydrate via oral ingestion of water.

2. IV HYDRATION IS THE BEST CHOICE WHEN YOU’RE NAUSEOUS

Arguably, the worst part of a hangover is the nausea. Not only does your stomach ache, but it’s extremely difficult to keep anything down. Even if you didn’t drink to the point of throwing up, trying to eat or drink anything during a hangover is likely to trigger vomiting.

Receiving IV fluids is the obvious answer in this situation. Fluids given intravenously bypass your digestive system completely and won’t make you more nauseous. In fact, anti-nausea and anti-heart burn medications can be added to your IV to quickly settle your stomach.

If you’re dehydrated, you don’t simply need pure water – you need an electrolyte solution. It’s vital that you replace not only water, but also minerals like calcium, sodium, magnesium and potassium. Since you’re probably too queasy to eat or even down a sports drink during a hangover, the best way to get necessary electrolytes fast is through IV therapy.

The IV hangover cure you receive will contain saline as an electrolyte at the precise level your body needs, along with potassium and magnesium. Again, this will allow you to feel better more quickly than consuming food or water.

4. HELPFUL SUPPLEMENTS CAN BE ADDED TO YOUR IV HYDRATION TREATMENT

When you receive an IV from Hangover Heaven, you have the option of getting a lot more than just saline hydration. Some extremely helpful substances can be added to your IV to relieve your headache and nausea and get you feeling like yourself faster. These include vital minerals, vitamins, anti-inflammatory agents, antioxidants and anti-nausea drugs.

These drugs, also known as anti-emetics, are only available with a doctor’s prescription. The most common one is Zofran (odansetron.) Since you’re receiving them intravenously, there’s no danger of throwing up the medication. They work rapidly and usually eliminate your nausea and vomiting in less than an hour, usually within 20 minutes.

In short, a hangover IV is the absolute fastest way to get you rehydrated and back to your vacation. If you have a limited time in Las Vegas, get rehydrated in less than an hour, versus five to six hours.